Squash. It’s more than a vegetable. The sport doesn’t get the same fan-fare like other sports. You don’t see it in the Olympics, it’s doesn’t receive mainstream TV coverage for World Championships and athletes don’t often grace the cover of Sports Illustrated.

But after years of walking pass the squash courts on my way to the indoor cycling class, chatting with the squash pros and seeing the fun get togethers they were always having, I decided to give it a try.  This post shares my experience in playing squash along with advice from Squash Professional Josh McDonald.   Josh played professionally for 10 years in Europe, North America and South America earning various rankings including National Junior Champion multiple years and a 2nd World ranking in Doubles from 2003 - 2005.  He is now the Head Squash Pro at the Toronto Athletic Club.

Squash has a built in social element to it (just like curling, a post for another time) and the smaller court size compared to tennis, was appealing.   Unlike swimming, cycling or strength training where your opponents do not need to interact with you in a competition, the whole sport is based on this and it was that additional social interaction I was looking for.

Squash is a fun, competitive workout within a social environment that appeals to people who like a tangible outcome, which is different than having goals and a benchmark - Josh McDonald, Squash Pro, Toronto Athletic Club

Squash games can be booked at anytime when you’re part of a Ladder (a list of players ranked based on their skill level and won games), but if you want to play in the league, you need to have a solid understanding of the game and the skills. I’m competitive. I wanted to play in the league so after a few months of squash lessons, learning the game and practicing with others I was given the challenge of playing someone 2 levels higher than me.  Essentially, this was my audition. I remember this day vividly as it was a Friday and I was doing a triathlon race that weekend.  What was I thinking trashing my legs on the court before a race?

Throughout the whole day, I could feel my anxiety building, the adrenaline rising as I waited for the 5:30 pm game to prove that I had what it takes to be part of the squash league. I remember emailing my triathlon coach during the day, telling him I was so worried about this, I wanted it bad. Did I mention I’m competitive and take my sports seriously 🙂 Finally, the time came and as I stepped on to the court, I recognized my opponent as I’d seen him play before.  Gulp!

By this time, I had already figured out what my best strategy was for playing anyone. Being heavier than most, I’m not as quick on my feet as others, so I needed to minimize the number of chances my opponent could loft a soft stroke to the front of the court creating very little bounce and sending me running. I have a hard shot that sends the ball to the back of the court (behind my opponent).  A seasoned squash player will have many moves they can execute, but for me, this was my key one.

“Playing in the back of the corners, keeping your opponent running and playing in the middle are key strategies to winning” - Josh McDonald

I don’t remember if we played 2 out of 3 or 3 out of 5, just that I played  my heart out and won the majority of the games, which was enough to get into the league.  Yeah me, thank you Ms. Adrenaline which I’m sure contributed to my success!

After this “audition” I joined the league, began playing regularly and developed new friendships.  I’m evolving into the all-round athlete that I want to be.  While I’m a triathlete at my core, I like trying different sports, learning the technical skills, competiting and the feeling of getting out of my comfort zone.

Key things I have learned from this sport:

“Off court exercises that strengthen your legs (glutes, quads and hamstrings), your core and anaerobic fitness will help your game on the court. The faster you can recover, the better” - Josh McDonald

How to Get Started

There’s always a bit of nervousness when learning something new. You may ask yourself, will I like it, or how much time do I give before I know if I like it?  There’s no easy answer to this question, you just need to put some time in and try it out. I also know there can be extra anxiety stepping into a room or in this case, on a court and noticing your body type doesn’t look like everyone else’s in the room.  Do I belong here, will I be able to keep up?  Listen, you won’t like every sport and not every sport may be conducive to your body type at that moment or maybe adjustments and modifications need to be made.  But just because you’re not seeing your body shape and size represented in a sport you’re interested in, doesn’t mean you don’t deserve to be there and try.   In general, I find the athletic community is very welcoming and by getting out there and doing it, you also indirectly show and re-define for others, what body positive sports looks like. 2 Responses to Squash, It’s More Than a Vegetable 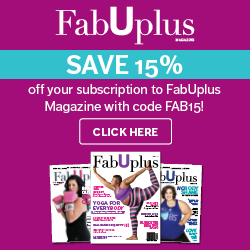